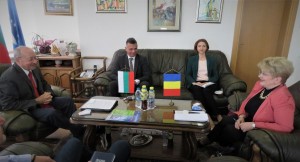 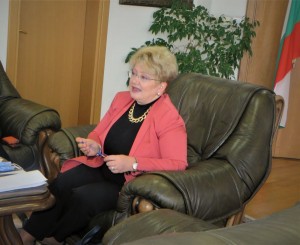 The President of BCCI Tsvetan Simeonov met with H.E. Brandusa-Ioana Predescu, the newly appointed Ambassador Extraordinary and Plenipotentiary of Romania to Bulgaria. Aurelia Domniteanu, Counselor at the Embassy, ​​and Doru Dragomir, President of the Bilateral Chamber of Commerce Bulgaria-Romania (BCCBR) also took part in the meeting.

During the meeting the foreign economic cooperation between the two countries was discussed, as well as their joint work within the EU and other regional initiatives. Good prospects have been identified for the development of bilateral economic relations following the global crisis related to the ongoing pandemic.

Attention was also paid to the forthcoming summit meeting of the Heads of State of the Three Seas Initiative countries, planned for 8-9 July in Sofia with the participation of the 12 countries located between the Adriatic, Baltic and Black Seas: Austria, Bulgaria, Croatia, the Czech Republic, Estonia, Hungary, Latvia, Lithuania, Poland, Romania, Slovakia and Slovenia.

Ambassador Predescu expressed the opinion that the time has come to organize a bilateral Bulgarian-Romanian business forum in Sofia with the participation of entrepreneurs from both countries. BCCI fully supports the organization of such an event, the date to be further specified when the epidemiological situation in the country allows events with audience to be organized.