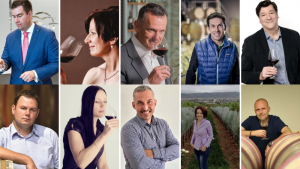 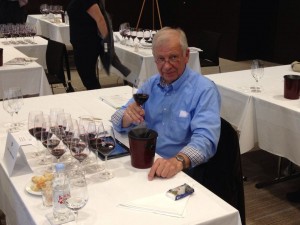 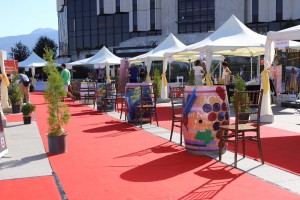 Wine Is a Bridge that Connects Nations

The competition part of the tenth-anniversary edition of The Balkans International Wine Competition and Festival (BIWCF) was held in a glamorous and cozy atmosphere, arranged by the kind hosts from Wines of Macedonia, Skopje. In addition to evaluating a record number of samples from twelve countries, the prestigious international jury awarded the Dutch wine expert Paul Robert Blom as "Wine Personality in the Balkans" and the Serbian judge Igor Lukovic was chosen to be the new chairman of the jury. The current chairman of the jury – the first Master of Wine in the Balkans Konstantinos Lazarakis will be the honorary chairman of BIWC. The biggest prize in the competition – the Grand Trophy for "Best Wine in the Balkans", the Best Cellar in the Balkans, which won the most medals in the competition, as well as the trophies in the individual categories – will be awarded at a glamorous ceremony called Balkan Wine Oscars. This will happen on June 17th at 8 p.m. – the first night of the Festival in Sofia under the open sky in front of the National Palace of Culture. A rich musical program will accompany the event.

BCCI traditionally is a partner of the Balkan International Wine Competition & Festival.

Traditionally, the jury awards one of the selected participants in the Competition from each country with the Best of Show award, for the wine that has won the highest number of points for the respective country. The Bulgarian wine, which won the award in this category, collected 95 of the maximum 100 points according to the independent jury – SM by Snezhana Mutafchiyska 2018, Roxs winery. Here are the other winners:

The organizers were mesmerized by the perfect organization of the competition held in the period 2-4 June in the capital of North Macedonia – Skopje.

"I keep memory in my heart of the warm and professional attitude of our partners from Wines of Macedonia. The accompanying program was very intense and interesting. We were lucky enough to visit 8 of the best wineries in the country, which welcomed us with wide-open doors. Our Macedonian colleagues and friends showed the international jury what Balkan hospitality, warmth, and cordiality mean. Wine is a bridge that connects nations, and we all felt that in Skopje. I look forward to welcoming them to the Festival in Sofia”, said Galina Niforou, Director of BIWCF.

It is this warmth and continuity that are the basis of the "Wine Personality of the Balkans" award. Its winner, Paul Robert Blom, has been promoting Balkan wine since 1964. He was a lecturer at the Central European Wine Academy from 1977 to 2009. Since 1978 he has been a member of the examination commission of the Academy. In 2008 he received the Register Vinoloog of the Wijnacademie HONORIS CAUSA – the third person in the Netherlands to be awarded this prize.

"I was pleasantly surprised to receive such a unique recognition for the 50 years in which I promote and sell Balkan wine. The variety of authentic autochthonous grape varieties is inexhaustible. If you find it, you will be amazed by the price-quality ratio", Blom commented.

The announcement of the new chairman of the jury – Igor Lukovic was another highlight of the Competition. This choice was dictated by the organizers' desire to give the Balkan countries an equal chance to show the best of the world of wine and their wine elite. Konstantinos Lazarakis MW, the first Master of Wine in the Balkans, will serve as honorary chairman of the BIWC as he continues to develop international relations between the Balkan countries.

Igor Luković is a wine critic, wine judge, writer and journalist from Serbia. He is Editor in chief of Vino & Fino magazine and an associate of many other media dealing with wine and food culture. He is one of the founders of the Wine Identity initiative, which stands behind Wine Salon in Novi Sad, International Prokupac Day, many wine conferences, workshops and competitions in Serbia and surrounding countries. He has vast experience in judging wines at Decanter DWWA, IWC London, BIWC Sofia, and many other international wine competitions. He is engaged in wine education, trainings, consulting, and event managing.

All awarded wines from the Competition will be available for tasting in the special Golden Tent in the Wine Town in front of the National Palace of Culture. Apart from the rich program and the extremely generous selection of wines from the whole Balkan region, the guests of the Festival will be the first to learn the name of the winner of the Grand Trophy, the real culmination of the anniversary edition of BIWCF!

You will find the full program for the Festival in the attachments, as well as on the BIWCF website.