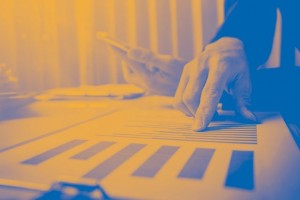 The new issue of the Monthly Report on Bulgarian Economy was published. It assesses the short-term dynamic of main economic indicators, with data published up to 18 May 2021.

As a response to the outbreak of the Covid-19 pandemic in the spring of 2020 Bulgaria introduced a State of emergency from 13 March to 13 May. After that period the State of emergency has been replaced by an Extraordinary epidemic situation, which has been extended until May 31. After severe second and third waves of infections with partial lockdowns, currently most containment measures have been relaxed.

According to NSI flash estimates, GDP decreased by 1.8% yoy (s.a.) in Q1 2021. This came largely on the back of net export, as export went down by 6% and import rose by 0.6% yoy. Meanwhile domestic demand performed well, as final consumption and fixed investments both increased, up by 2.6% and 1.2% yoy, respectively.

Short-term indicators increased in March. Industrial production went up by 8.2% yoy as almost all sectors reported positive growth except manufacture of food, beverages and tobacco. The main contribution to the increase came on the back of manufacture of computer, elec[1]tronic and optical products, and the pro[1]duction of energy goods. Turnover in in[1]dustry, both on domestic and foreign market, increased by more than 20% yoy, with energy goods and the manufacture of basic metals having the biggest contribution. The growth of retail trade turnover reached 17.3% yoy as there was a more significant increase in the sale of non-food products such as clothing, footwear, com[1]puter and communication equipment. Both building and civil engineering contributed to the reported growth in construction out[1]put, up by 14.2% yoy.

In April the business climate indicator remained close to its level in March, while the consumer confidence contin[1]ued improving on the back of better expectations. Respondents in all economic sectors showed reserved assessments for the current business situation of the enter[1]prises. However, the expectations for de[1]mand of services, sales in retail trade and export in industry were optimistic.

Тhe activity rate of the population aged 15 to 64 was 71.4% in Q1’2021, while the employment rate of the population of the same age group was 66.9%. At the same time, the unemployment rate reached 6.4%, which was its highest value since the beginning of the crisis related to the spread of COVID-19. However, it should be taken into consideration, that in 2021 some definitions of Labor Force Survey have been amended (the definitions of employed, unemployed and out-of-labourforce), therefore the latest reporting data are not fully comparable with the data from the existing time series. The number of registered unemployed followed a steady downward trend and in April 2021 it already reported below the value registered in February 2020 (the last pre-crisis month), but remained 8.7% higher as compared to April 2019 (the last similar calendar month before the crisis).

The new issue of the Monthly Report on Bulgarian Economy can be downloaded  here.