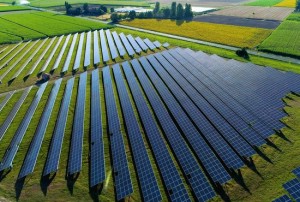 The Three Seas Initiative Investment Fund (3SIIF), in which Bulgarian Development Bank is an investor, has acquired significant interest in Enery Development GMBH ("Enery"). The company is engaged in the production of energy from renewable sources. It has a portfolio of 85 MW operating assets, of which 60 MW in Bulgaria, as well as 2 GW pipeline for solar energy generation in Bulgaria, the Czech Republic, Slovakia, Austria and Romania. Enery owns assets in Bulgaria since September 2020, when it acquired the largest solar park in the country in the village of Karadjalovo. The park covers more than 1,000 decares and has an installed capacity of over 60 MW, enough to power 27,000 households.

With its focus of PV development, Enery is well aligned with the Fund’s greenfield strategy and drive towards energy transition in the region. Utility-scale Solar Photovoltaic ("PV") generation has yet to be widely deployed in Central and Eastern Europe ("CEE") despite the ideal conditions with high levels of irradiation and availability of suitable land. The increasingly pressing requirement to decarbonise the CEE region is expected to present substantial opportunities for renewables investment in the near term.

Enery represents 3SIIF’s third portfolio investment. The Fund has now made investments in each of its core sectors: transport, energy and digital infrastructure. The Fund’s previous investments include Cargounit – one of the largest private locomotive leasing companies in Europe and Greenergy Data Centers – a CEE-focused data centre platform.

The investment was announced by Amber Infrastructure Limited – exclusive investment advisor to 3SIIF. The Three Seas Initiative Investment Fund does not disclose information on the amount of the investments is makes. It includes shareholders from countries participating in the regional initiative, including Bulgaria through the Bulgarian Development Bank, which is a Class A shareholder with a contribution of EUR 20 million. The 3SIIF Investment Fund includes shareholders from countries participating in the Three Seas initiative. Its target is between EUR 3 and 5 billion and is expected to generate investments totalling up to EUR 100 billion. The main objective of the fund is to invest in transport, energy and digital infrastructure on the north-south axis and to offset the differences in the development of the individual regions of the European Union.

The Three Seas Initiative  brings together 12 EU Member States. They are Austria, Bulgaria, Croatia, the Czech Republic, Estonia, Hungary, Latvia, Lithuania, Poland, Romania, Slovakia and Slovenia. It was launched, at Presidential level, in 2015 as a platform for cooperation among the countries in the Baltic, Black and Adriatic Seas regions. One of the main goals of the initiative is to enhance economic convergence between the countries of the region and the Western European countries through the development of transport, digital and energy infrastructure and connectivity. The project relies on an active partnership with the European Commission, Germany and the United States.