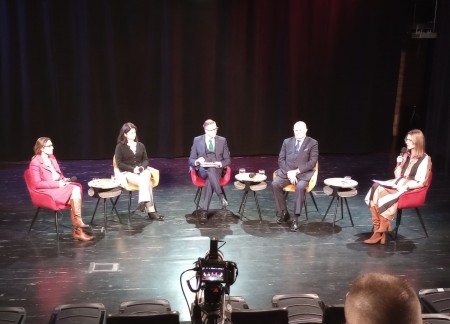 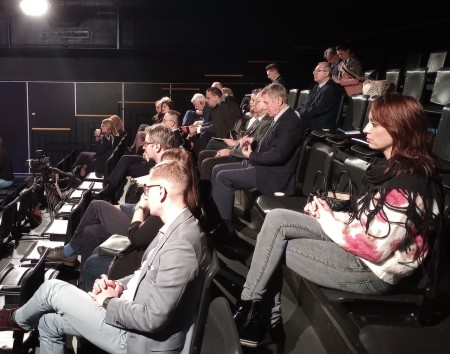 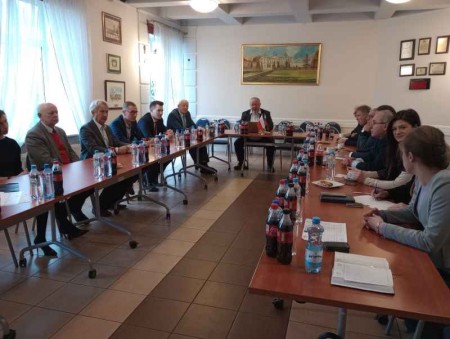 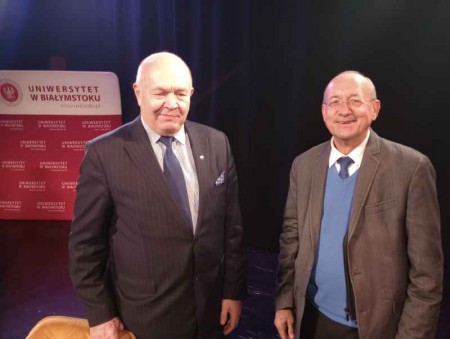 This week, representatives of the Bulgarian Chamber of Commerce and Industry and the Arbitration Court at BCCI visited the Polish city of Bialystok as part of the project “International organization of vocational training to improve the professional qualifications of employees in Polish and Bulgarian enterprises” under the Erasmus+ programme.

The local partner - the Chamber of Commerce and Industry of Bialystok, together with the University of Bialystok organized a discussion dedicated to commercial arbitration.

The Dean of the University, Mariusz Popławski, opened the event and asked several questions that were leading the discussion - whether arbitration could be a better way to resolve disputes for businesses; what, in practice, should be done by the various interested parties in order to apply the arbitration more actively; how to optimally use the advantages of commercial arbitration?

The General Director of the Court of Arbitration at the Polish Chamber of Commerce Agnieszka Durlik, judges, arbitrators and companies actively participated in the discussion.

Various issues in the field of arbitration were outlined. Tsvetan Simeonov, President of BCCI and arbitrator, Stanimir Tsotsov, arbitrator, and Nataliya Stefanova, representative of the Secretariat of the Arbitration Court at BCCI, commented on some of them, outlining the similarities and the differences between the two countries. Based on the information exchanged, they also made a number of suggestions to improve the promotion of arbitration among companies and its recognition by lawyers as a preferred method for resolving commercial disputes.

It was agreed that the topic will be continued in Sofia at an international conference in early 2023.

During the visit, the Bulgarian delegation held a series of meetings with companies - members of the Chamber of Commerce and Industry of Bialystok.

Two companies were visited - one producing elements for the gas industry and parts for solar panels, as well as a company producing orthopedic implants, prostheses and instruments. Both companies have distribution and trading partners in Bulgaria.