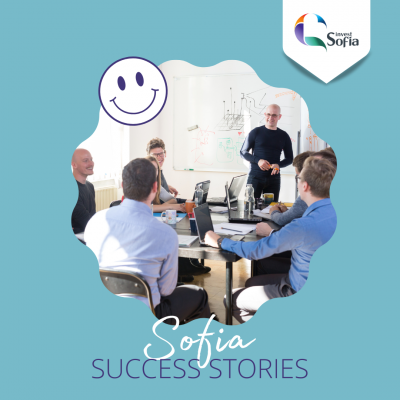 The Sofia-based agrotech Nasekomo is now part of the NetZero Future50 report for CEE prepared by PwC. Produced in partnership with Wolves Summit, the report highlights the next generation of climate technology startups that have the potential to help reduce emissions. The Bulgarian agrotech utilizes the incredible biological abilities of the larvae of black flies (the so-called Black Soldier fly) to turn organic waste into protein animal food. So far, Nasekomo has received several investments for growth: from two of the fund managers of the Fund of Funds – Morningside Hill and New Vision 3, the European Investment Bank, the European Bank for Reconstruction and Development, Innovation Norway, and others.

The tech sales development company Out2Bound has announced its acquisition by the US B2B company MarketStar. The terms of the deal have not been disclosed. The new company will operate under the name MarketStar Bulgaria. All four Bulgarian founders will continue to manage the local operations, and the team in Sofia will increase significantly. MarketStar was founded in 1988 in Utah, USA, and has a European hub in Dublin, Ireland. Sofia is the second destination for the company in Europe and will provide MarketStar with the opportunity to further expand its operations. MarketStar Bulgaria will further development of Out2Bound’s SalesPro educational programme, which trains young sales experts. The new American owner will also upgrade the Bulgarian company’s software product to optimize its services to customers across the world.

Equity investment company BlackPeak Capital will support the telecom services provider Telelink Infra Services with EUR 8 million. Telelink is present in markets such as the United Kingdom, Germany, and many countries in Central and Eastern Europe. With the investment, the company will continue its rapid growth rate and allocate the funding towards M&A deals with smaller competitors across Europe. The rapid digitization in the EU countries has for several years already resulted in an increase in the demand for telecommunications services, and infrastructure players such as Telelink are some of the biggest investors in the construction of new infrastructure.