BNB: Bank deposits of Bulgarian households worth BGN 61 billion in 2020 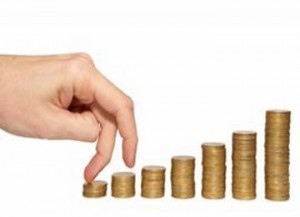 The deposits of non-financial enterprises, households and not-for-profit organizations servicing households held in commercial banks by the end of December 2020, amounted to a total of BGN 90.3 billion, up by 10% set against a year earlier, BNB reported. There were a total of 9.9 million deposits, down by 2.5% compared to the end of 2019.

Households and not-for-profit organizations servicing households had 9.36 million deposits (down by 2.5% from a year earlier) to the total amount of BGN 61 billion (up by 9.7% year-on-year).

Households alone held BGN 3.03 billion in 1,180 deposits of over BGN 1 million each.

Non-financial enterprises, households and not-for-profit organizations servicing households have drawn 2.9 million in loans (down by 8.2% compared to a year earlier) worth a total of BGN 61.5 billion (by 4.6% more than a year earlier) at the end of 2020.

At the end of last year the number of loans provided to households and not-for-profit organizations servicing households decreased by 8.3% on an annual basis, reaching 2.78 million in loans. Their value increased by 6.6% up to nearly BGN 25.5 billion.