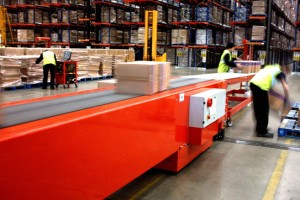 The advisory company “Cushman & Wakefield Forton” published its Q4 2020 reports on the state of the industrial, office and retail market, the Sofia Investment Agency writes. According to the data, the completion of 43,930 sqm production and logistics space provided significant input to the industrial market stock in Sofia in the last quarter of 2020. With the new completions, the modern industrial stock in Sofia reaches almost 1.4 mln sqm, with logistics, retail and distribution companies still being the major driver of the Sofia industrial property market.

Rents in Sofia remain stable, with prime rates in the range of 4.2-4.4 euro/sqm for mid-sized units and slightly below 4 euro/sqm for larger premises, above 10,000 sqm.

The situation on the office space market is different. According to Cushman & Wakefield Forton, 2020 was the weakest of the last five years. The amount of rented space dropped by 39% compared to the previous twelve months. The new completions are lower than expected – roughly 93,000 sqm in 2020 and most buildings obtained use permits with high vacancy rates.

Some companies reconsidered their office space needs, offering part of their premises for sublease. According to Cushman & Wakefield Forton’s research, this supply accounts to about 10% of the available space in Sofia or  28,046 sqm.

Prime asking rents in the central business districts remain unchanged at 15 euro/sqm. The main road and suburban areas’ rents registered a slight decrease. At the end of 2020, Class A projects alongside main boulevards are relatively stable at 12-14 euro/sqm. The increase of vacancy is expected to keep rents under pressure in the coming months, especially in areas with new office construction, the report states.

The average vacancy rate in shopping centers in Sofia slightly decreased in Q4, before the second lockdown, to 7.9%, having reached almost 9% in the previous quarters.

After slight decrease in the previous quarters, the asking rents in Sofia stabilised in the end of 2020 at 53 euro/sqm on average for high street locations and 36 euro/sqm for shopping centers. However, the volatile market keeps rents under pressure. Rents in the retail parks remain unchanged, in the range of 8-10 euro/sqm.

Detailed data and charts are available on the site of Cushman & Wakefield Forton.